I learned earlier today that Wilkes Bashford, original and longterm owner of the eponymous boutique, a storied San Francisco institution since 1966, died on Saturday. This was a fashion visionary, bringing Ralph Lauren, Versace, Brioni, and Giorgio Armani to the city before anyone else while helming a true bastion of fashion. AND, might I add, a class act.  I first stepped foot into the store, in its first iteration, 30 odd years ago, and it was quite the eye opening experience.  Never had I seen such a vibrant palette of colors (beyond my Father's oil paints) associated with the most plush ready to wear outside of Vogue magazine. At this time the store featured menswear, and certainly the most sumptuous around. When the store moved across the street to a larger space and incorporated a larger concentration of women's wear, it became even more swoon worthy. This is where I discovered Dolce and Gabbana, Kiton, Loro Piana, and Bogner, amongst others.  Of course part of the attraction of visiting this menagerie of opulent wares was the meet and greet with Wilkes himself, and when in luck his adorable Dachshund Duchie. He was always the consummate gentleman and of course splendidly turned out.  His spirit will live on in the form of all the wonderful folks who work at Wilkes Bashford and his legion of friends.

● Legendary San Francisco retailer influenced many throughout the industry. BY JEAN E. PALMIERI Wilkes Bashford, a legendary retailer whose San Francisco men’s store was an exemplary example of upscale retailing and superior customer service, died at his home there on Saturday night of cancer. He was 82. His death was confirmed by Bob Mitchell, co-president of Mitchells Family of Stores, which had purchased the Wilkes Bashford business in 2009. “I grew up idolizing Wilkes Bashford — the store and the man,” Mitchell said. “I will be forever grateful for our friendship and partnership. We was truly a legend and pioneer, but most importantly one of the kindest men I have ever known.” Mitchell, who was in Italy for the men’s fall shows, said the news of Bashford’s passing spread quickly through the fashion community. “Two things everybody says is that he was a legend and a kind soul,” he said. “He will be missed.” “In his own soft-spoken way, Wilkes Bashford personified charm, panache and good taste,” said Ralph Lauren. “He was a great merchant, fanatical about the product, the store experience and most of all the service he offered his customers. His townhouse store in San Francisco was more than a store, it was the place to meet. It became, like him, a real part of the social fabric of the city. We met early on in our careers and we grew together — the business and the friendship. He will be missed.” Wilkes Bashford opened his eponymous store on Union Square under the Sutter-Stockton Garage in 1966, across from its current location, as a way to serve a “bold, conservative” customer, according to the store’s Web site. He is credited with being among the first retailers to bring many top Italian brands, including Giorgio Armani, Brioni and Versace, to the U.S. Over the years, Bashford expanded the store, eventually moving into a seven-story townhouse in 1984. He added a women’s department in 1978 and in 2001 opened a unit in Palo Alto, Calif., in a move to cater to the Silicon Valley customer. His taste level and unique eye for fashion set him apart from his competitors and established him as a leader in the industry. He was known for hosting extravagant fashion shows in the Seventies and Eighties that showcased his store’s unique blend of sartorial and contemporary fashions, and was also a natty dresser, often making Esquire’s International Best Dressed List from 1972 on. Like many independent retailers, Bashford hit upon hard times during the Great Recession and was forced to file bankruptcy in 2009. The Mitchell family, who had grown to know Bashford well over more than two decades of sharing buying trips and attending the same industry events, swept in to save the company six years ago. Even though he no longer owned the business, Bashford remained intimately involved, serving as the ambassador to customers and the community. Until he became too ill, he was at the store six days a week, often accompanied by his beloved dachshund. He was also involved in philanthropic work with Partners Ending Domestic Abuse and PAWS (Pets Are Wonderful Support), according to his obituary in the San Francisco Chronicle. He was also the president of the city’s War Memorial & Performing Arts Center Board of Trustees, where he spearheaded the creation of a war memorial known as the Passage of Remembrance, the Chronicle said. Under the Mitchells, the two Wilkes Bashford stores underwent a massive renovation that was completed in the fall of 2012. The San Francisco flagship was “gutted, rewired and re-imagined as a stunning, metaphorical seven-story townhouse,” according to the Web site. The Palo Alto store was also given a refresh. “My memories of Wilkes go back to the Eighties,‎when I was running the U.S. market,” said Gildo Zegna, chief executive officer of Ermenegildo Zegna. “Wilkes, along with Murray Pearlstein and Fred Pressman, was one of the masters of men’s luxury retailing in an age when it was all about fine taste, top-quality products and intimate service. Today, in the era of omnichannel, going back to basics reprises the legacy of these legendary merchants. I will always remember the creativity and retail leadership of Wilkes.” “It is with deep sorrow that I have learned that the esteemed Wilkes Bashford has passed away,” said Brunello Cucinelli. “He was a human being constantly in love with fashion, gracious and distinguished, whose soul had always been the source of great thoughts. I would like to express my deep condolences to all of his family.” Joe Barrato, the former chief executive officer of Brioni USA, said: “He was the last of the four legends from a special era of specialty store retailers: Fred Pressman, Murray Pearlstein and Cliff Grodd. I knew Wilkes from the 1960s and he became a trusted friend and mentor. “A visionary merchant and style icon, he was an influential and passionate retailer. It always fascinated me how he offered a combination of classic and avant-garde style by always blending the two to create a surpassing ease of compatibility that became Wilkes Bashford.” San Francisco Mayor Willie Brown, who called Bashford his “lifelong friend,” said: “For 50 years, being well-dressed has been synonymous with one person, Wilkes Bashford.” Bashford was born in New York and went to school in Cincinnati before moving to San Francisco. (Thanks Women's Wear Daily).

Wilkes Bashford, rest in peace.  I will miss your always engaging presence in the store and at the Opera. 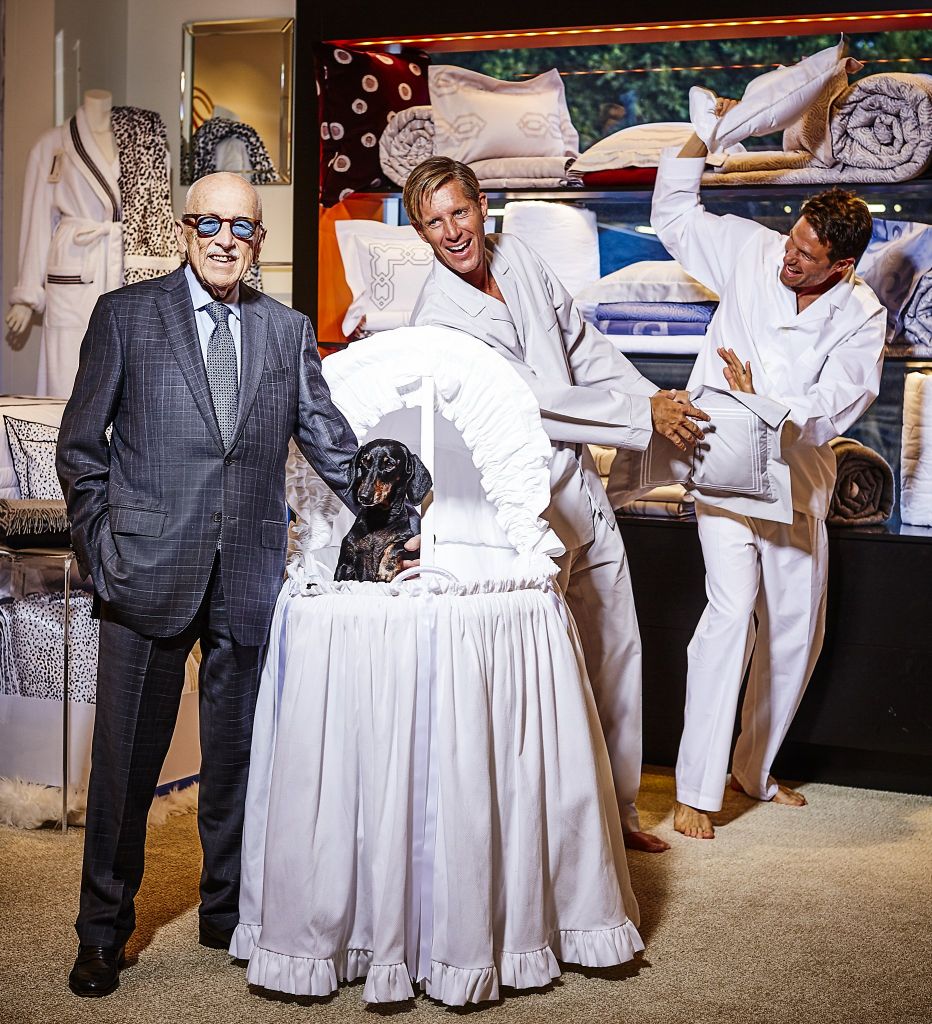 Image from the digital Chronicle.

THE MEMORIAL SERVICE will be Friday, January 29th at 11:00am at GRACE CATHEDRAL.